This paper deals with a numerical study aimed at the characterization of hot-gas ingestion through turbine rim seals. The numerical campaign focused on an experimental facility which models ingress through the rim seal into the upstream wheel-space of an axial-turbine stage. Single-clearance arrangements were considered in the form of axial- and radial-seal gap configurations. With the radial-seal clearance configuration, computational fluid dynamics (CFD) steady-state solutions were able to predict the system sealing effectiveness over a wide range of coolant mass flow rates reasonably well. The greater insight of flow field provided by the computations illustrates the thermal buffering effect when ingress occurs: For a given sealing flow rate, the effectiveness on the rotor was significantly higher than that on the stator due to the axial flow of hot gases from stator to rotor caused by pumping effects. The predicted effectiveness on the rotor was compared with a theoretical model for the thermal buffering effect showing good agreement. When the axial-seal clearance arrangement is considered, the agreement between CFD and experiments worsens; the variation of sealing effectiveness with coolant flow rate calculated by means of the simulations displays a distinct kink. It was found that the “kink phenomenon” can be ascribed to an overestimation of the egress spoiling effects due to turbulence modeling limitations. Despite some weaknesses in the numerical predictions, the paper shows that CFD can be used to characterize the sealing performance of axial- and radial-clearance turbine rim seals. 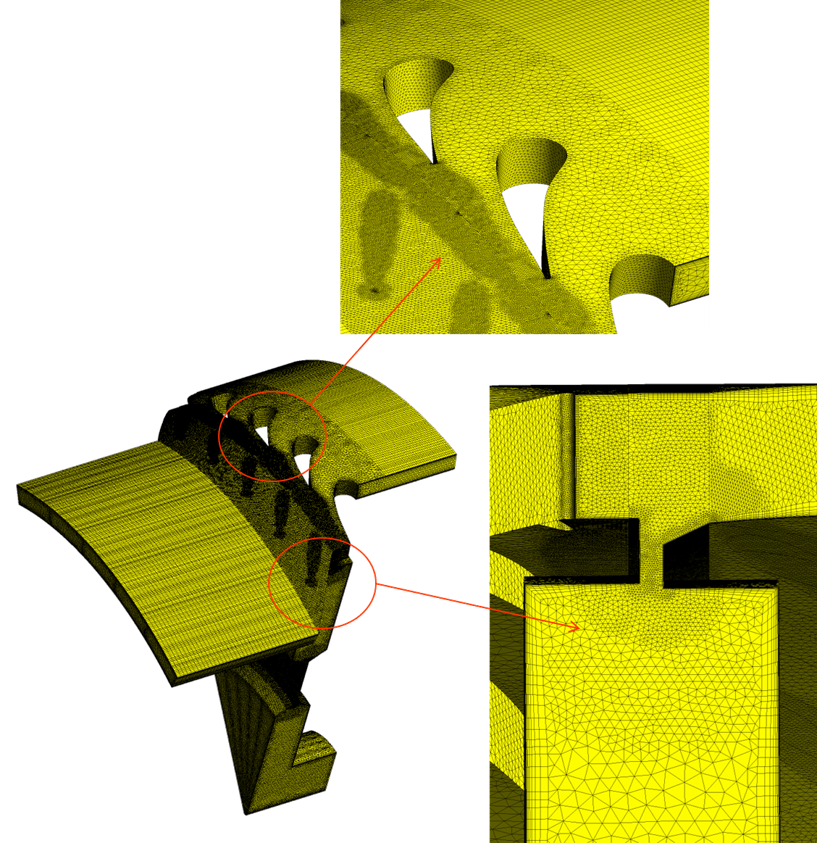